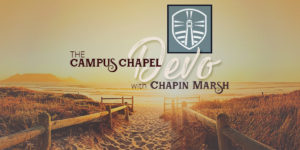 In 2 Chronicles, Hezekiah who was a great King was told by God that his time was up.  He asked for more time and a sign from God that the Lord would bless him with longer life. God tenderly asked him what sign would he prefer?  Time to speed up or to go backwards.  Hezekiah chose time to go backward and God honored his request for longer life and a crazy miracle of time going backward to confirm the miracle.  Not sure what you need but perhaps today you and I can ask God for help, even a sign He is with you in your circumstances.

One last thing.  By living an additional 15 years Hezekiah had a son in his old age named Manasseh who became the very worst King of Judah, though later in life He got saved.

Let’s be mindful when God blesses us, it is not for our own gain, to slack off, be less of a parent or Servant but instead to keep occupying and even gain new territory for the Lord as we all finish strong like Caleb and take the most challenging mountain in front of us.