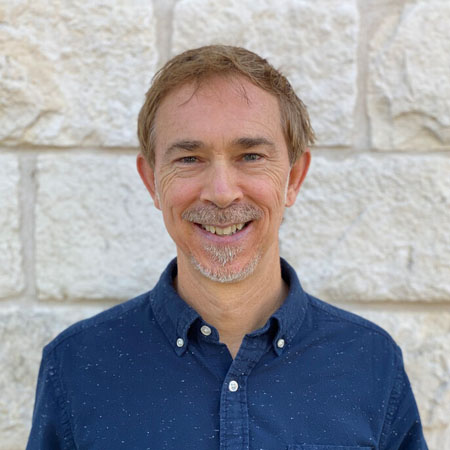 David Reynolds is the Senior Pastor of Engage Calvary in College Station, Texas. He has been in ministry for 25 years, almost 15 years as Senior Pastor and over 10 years as Worship Pastor at Calvary Austin. Much of this time was spent in bi-vocational ministry. David also works as a Business Coordinator at Texas A&M University. David graduated from Southwest Texas State University (now Texas State University) in 1989 with a B.A. in Psychology. He received a M.A. in Biblical Studies from Calvary Chapel University in 2018. David came to Christ while in college, and soon began playing guitar in a Christian rock band. It was not long after this time that he met his wife, Heather. They eventually started another band, and for several years did concerts in Austin and around Texas. Their heart was to share Christ through the songs they had written, and the testimony of what God had done in their lives. Outside of ministry, David enjoys spending time with his family, hiking, swimming, biking, and playing the guitar. David and Heather have been married for over 31 years and have two adult daughters.