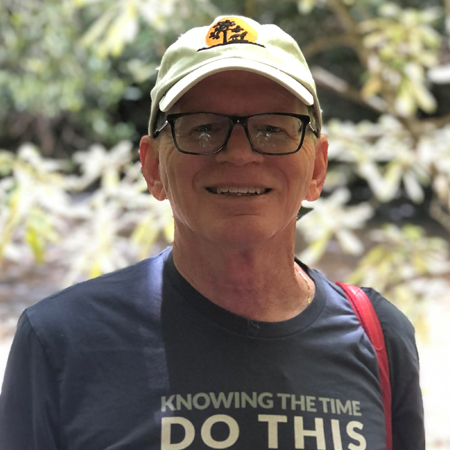 Chris Jennings grew up in northern Virginia during the 1960’s – 1970’s. He came to know Jesus in July of 1974 at the age of 17, after a period of searching. Chris received a BA in Secondary Education and Deaf Education from Flagler College in St Augustine, Florida. He also received a Master of Divinity from Columbia International University in 1989. Chris has been married to Donna since 1989, and they have two adult children, Josh and Christine. He has been the senior pastor of Calvary Chapel Cape Coral since 1997. Chris is especially blessed when he is able to communicate the love of Jesus and His Word to others.